Interesting places and features of the city 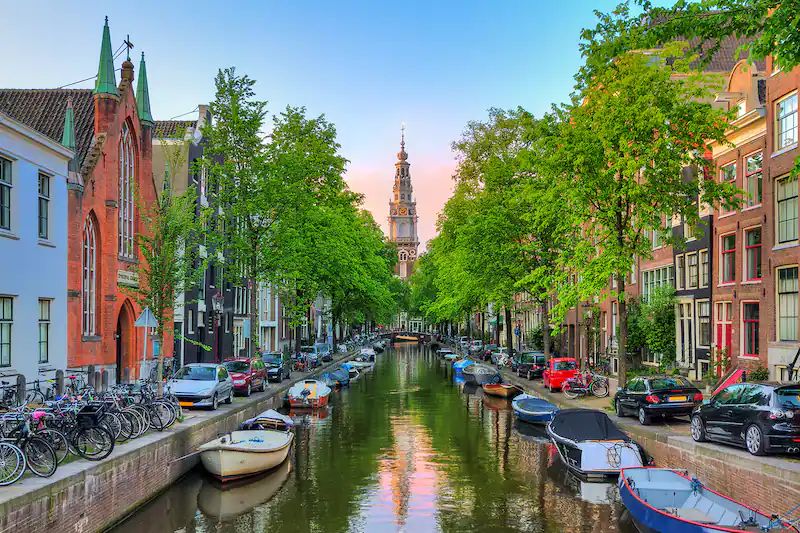 Amsterdam is a city with an 800-yeared history that captivates at first sight. It is located in the north of the country at the confluence of the Amstel and Ey rivers into the North Sea. Despite its small territory, Amsterdam is not inferior to major European capitals in terms of sights. Magnificent ancient architecture, picturesque canals and bridges across them, museums, parks, restaurants - this is only the cultural part of this old European city. At the same time, Amsterdam appears to tourists as a city of free morals, where noisy nightlife is seething and entertainment, prohibited in other countries, is legally allowed.

In this article, we will talk about Amsterdam: what to see and where to stay. Rent bikes, as is customary here, and go sightseeing! 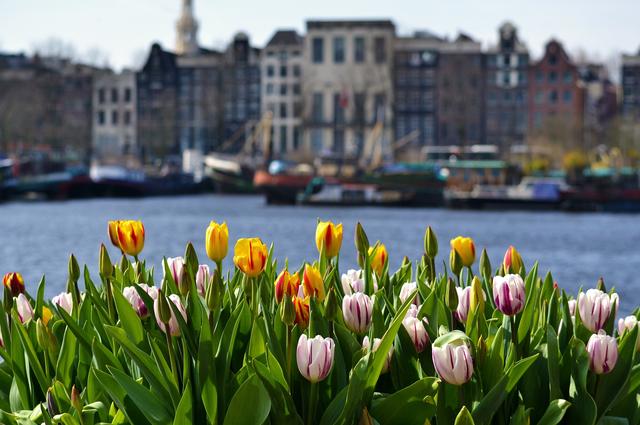 Top 15 most visited places in Amsterdam

Luxurious and art items from the royal palaces of Europe are presented here: famous paintings by Dutch artists from Frans Hals to Jan Vermeer, porcelain, jewellery made of precious metals and stones, period costumes and antique furniture.

In honour of the outstanding and controversial Dutch artist, a huge 4-story museum has been opened in Amsterdam. Paintings by Van Gogh are presented on the first two floors, the third floor is dedicated to his biography, and works by artists of the 19th century are exhibited on the fourth floor. 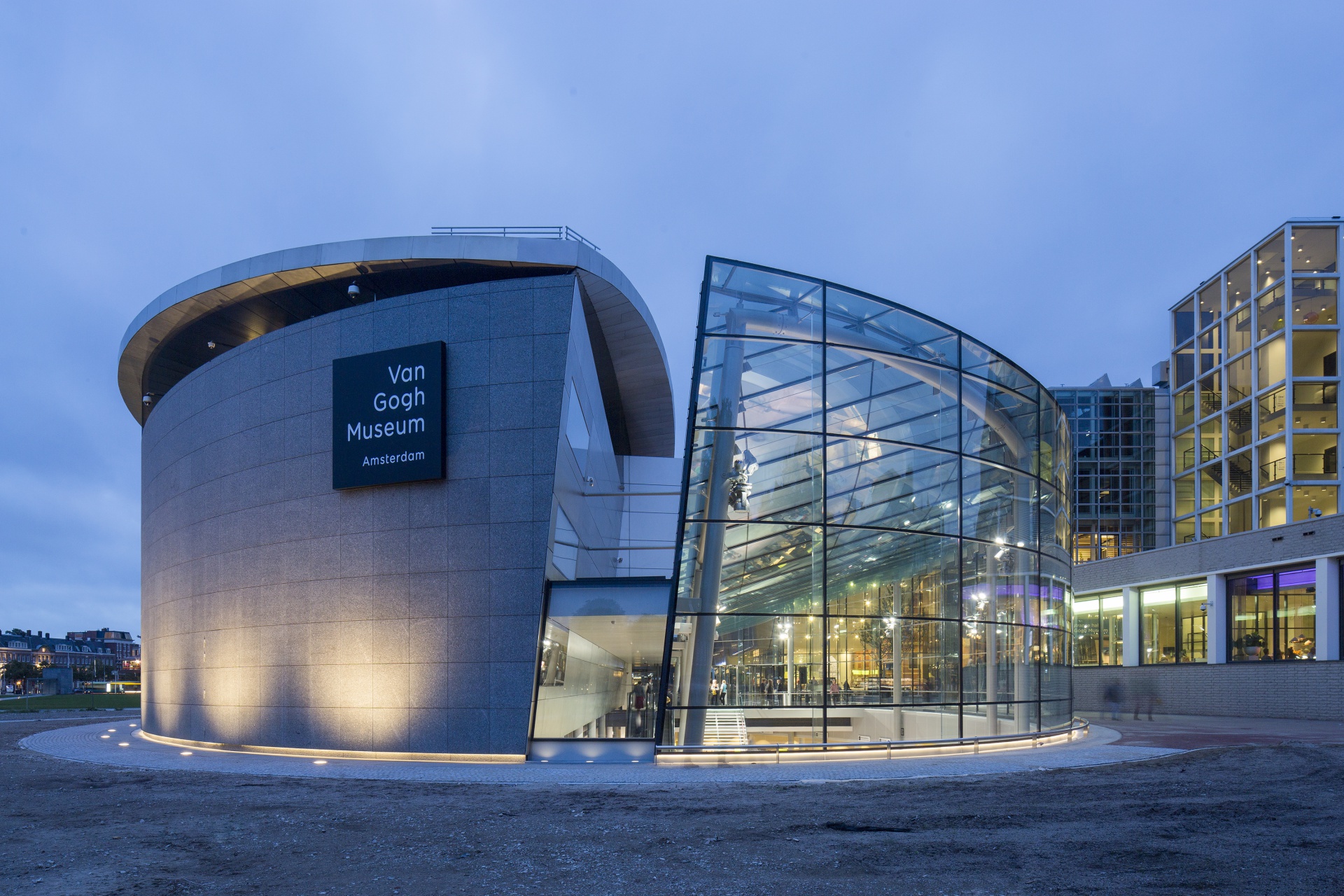 The canals penetrating the whole city have become its hallmark - Amsterdam is also called the "Venice of the North". They were built in the 17th century to control the floods of the Amstel River. Nowadays a small cruise along the stately mansions of classical architecture is one of the most popular excursions among tourists. Most boats depart from the pier near the Central Station.

The Maritime Museum is dedicated to the centuries-old history of shipbuilding and navigation in the Netherlands. Artefacts and exhibits occupy 18 spacious halls here.

This is a memorial to the holocaust during World War II. Jews hid in this house from the Nazis. In 1960 a museum was opened here. Visitors can see the original diary of the Jewish girl Anne Frank and her personal belongings, manuscripts from those times and interactive installations on the topic of human rights. 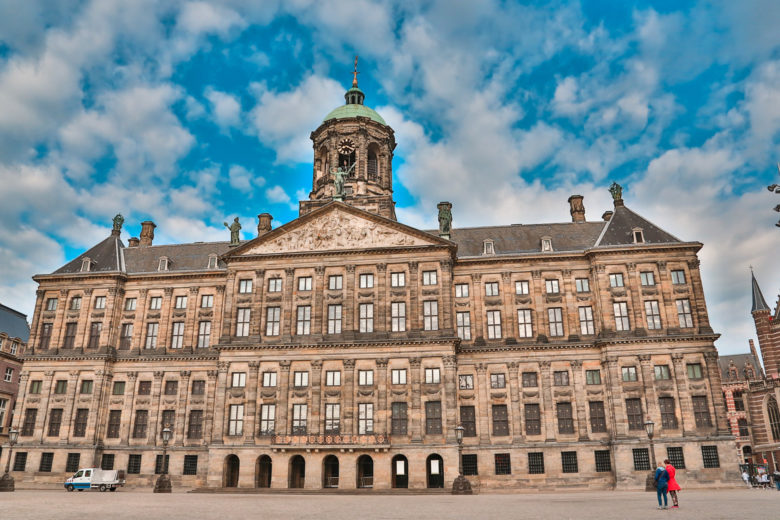 The Royal Palace in Amsterdam is one of the three residences of the Dutch royal family. It was built in the 17th century and at that time was considered the eighth wonder of the world. The royal family still holds major events in the palace. It is also open to the public almost all year round.

The features of Amsterdam become almost the main purpose of arrival for some tourists. Beautiful architectural buildings and parks can be found in almost all cities of the world, but the famous coffee shops are a special Dutch feature that brings the country a profit of more than 100 million euros a year. In the Netherlands, everywhere, except Amsterdam, it is forbidden to sell drugs to foreigners. Therefore, tourists have an opportunity to try cannabis and products from it only in the capital. The buyer’s documents will be checked before purchasing.
Smoking on the street and in hotels is prohibited, so you can immediately use the purchased substance in a cosy and safe coffee shop.

The park is named after the Dutch playwright Joost van den Vondel. This is the largest and most beautiful park in Amsterdam. Both tourists and the locals like to visit this place. Some people go for a picnic to this place. During the summer, you can find an open-air theatre in the park. Despitethis this theatre is free of charge, its performances are breathtaking.

For adventurers and thrill seekers coming to Amsterdam, it will be interesting to visit some special places. We are talking about the most original sights of the city - the Red Light District. Here you can walk along the shop windows with red illumination, from which prostitutes temptate their potential clients. There are also theatres for adults and numerous sex shops in this district. You can look at the women in the windows for free and even chat with them. But any form of aggression and attempts to photograph them are immediately suppressed. Often the camera flies right into the canal. Despite such features of the Red Light District, it is quite safe to visit, as it is constantly under police control. 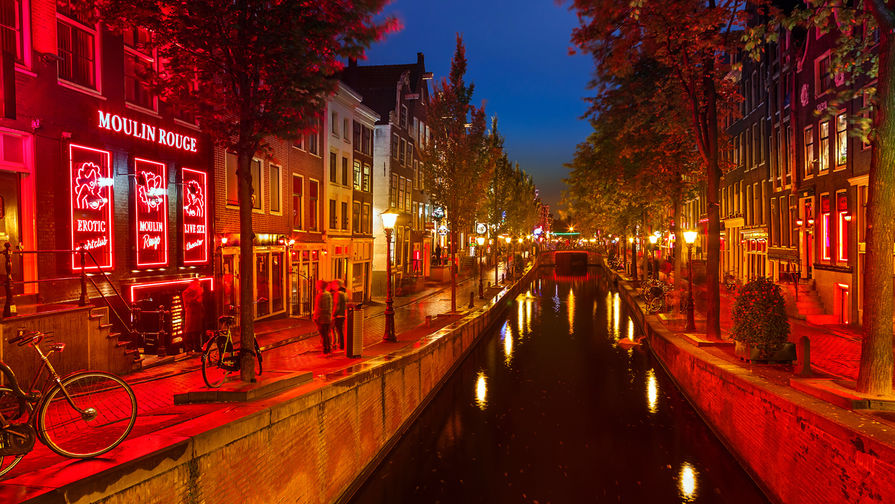 Right in the city centre on the banks of the Siegel Canal, vendors on barges sell flowers, plant seeds and bulbs. The floating flower market is primarily aimed at tourists, although locals also visit it. Most of the goods here are sold ready for export, so that it is convenient for city guests to transport tulips, daffodils, hyacinths and other flowers with them as a remembrance of Amsterdam.

Keukenhof is devoted to the flower symbol of the Netherlands - colorful tulips. Here you can see flower installations, admire huge flower fields from a helicopter and a boat, buy bulbs, listen to classical music, learn a lot of useful things about gardening, and take a lot of breathtaking photos. 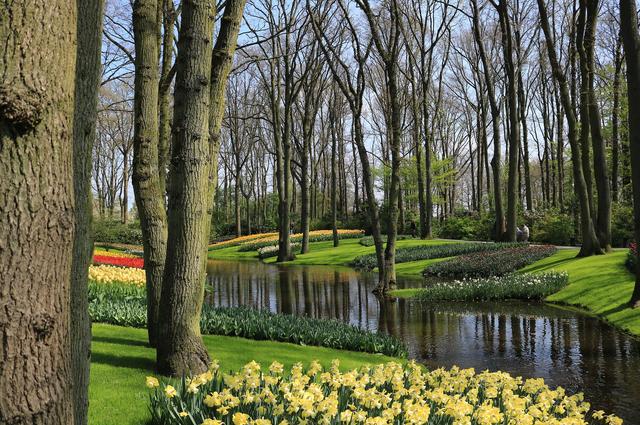 The NEMO Center is focused on practical science. Here visitors are explained the phenomena of nature, occurring around us, from the point of view of the laws of physics. In summer, there is a beach on the roof of the museum.

“Artis” is one of the oldest zoo in Europe, which has been open since 1838. Now it is home to 700 species of exotic animals that are on the verge of extinction. There is no feeling of captivity here, because many open-air cages are protected from visitors only by small moats. “Artis” also has a zoological and geological museum, a library, a planetarium, a terrarium, an aquarium, a greenhouse and a mini-farm.

In the wonderful world of Madame Tussauds, you will meet and even take photos with queens, Hollywood stars and world-famous sportsmen.

Damrak Street is the main street and the hallmark of the city. Along it are the 300-yeared gingerbread houses that are so often printed on postcards in the Netherlands. You will find many cosy old shops, souvenir shops and cafes here. Photos taken against the backdrop of Damrak Street are very original and convey the atmosphere of the city. 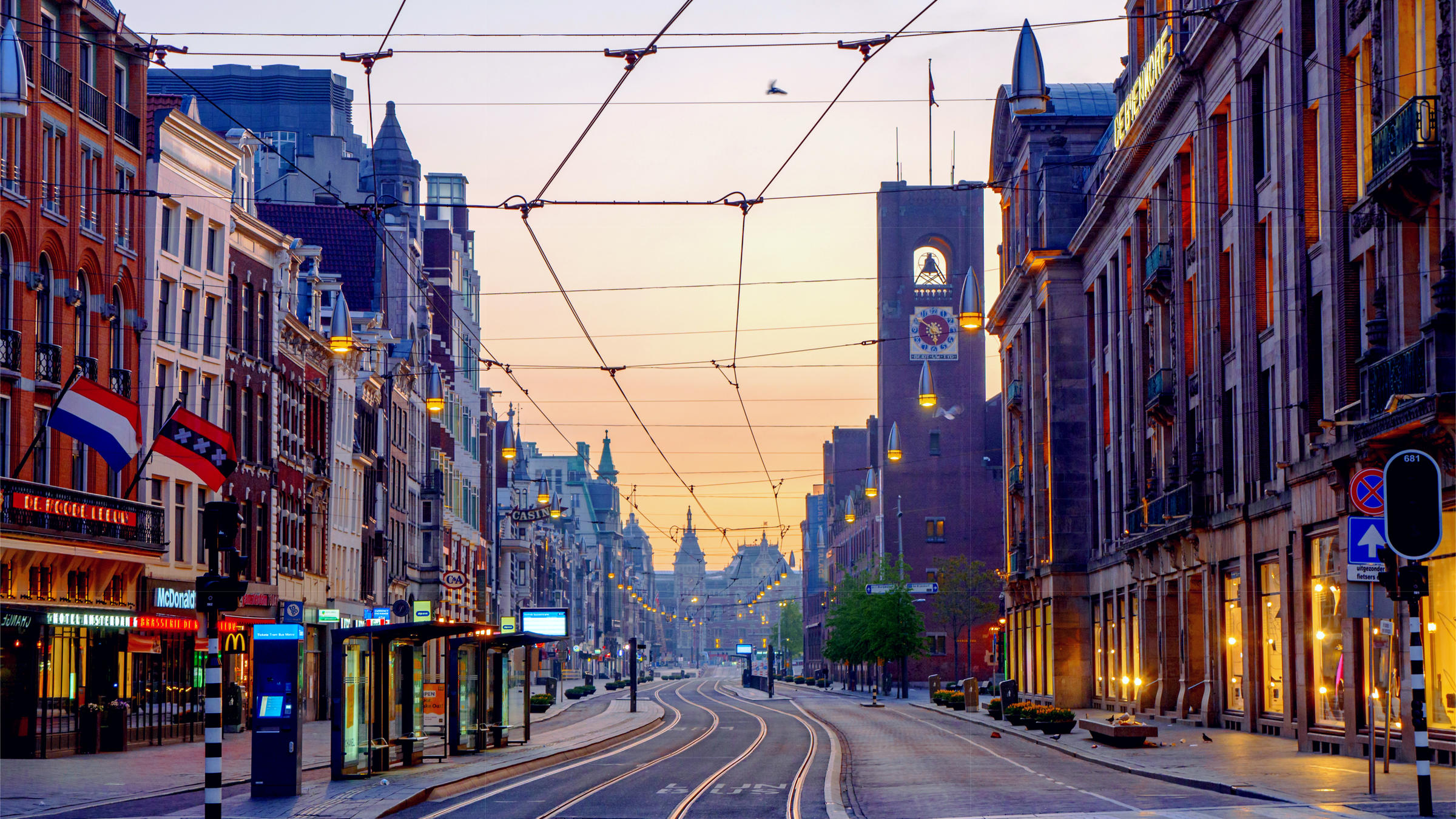 What else is worth visiting in Amsterdam

- Ancient churches and basilicas are one of the main architectural sights of the city. The most prominent of them: 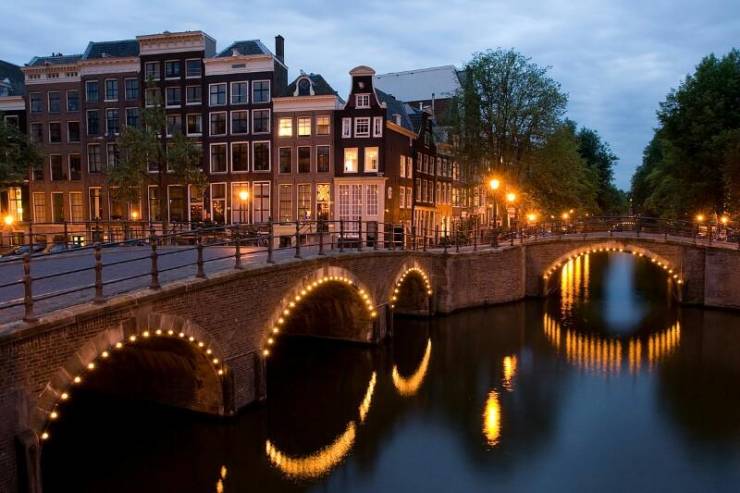 Where to stay in Amsterdam

In what district it is better to stay depends on the preferences of the traveller and the budget of the trip. In the winter months of 2022, prices start from 55 euros for two adults for one night in a hostel. 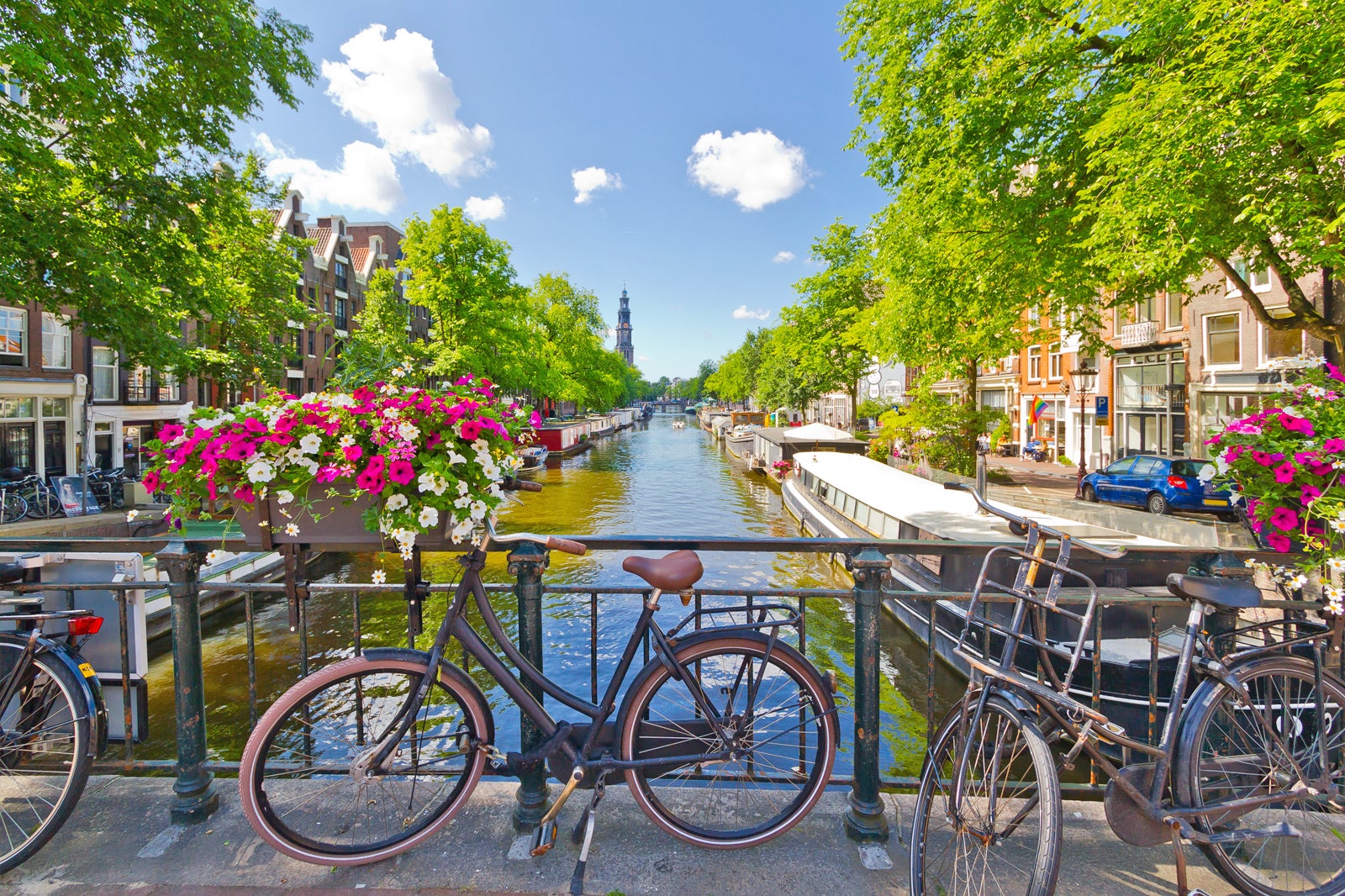 Plan your trip in advance and take into account the rules for entering the country, which may change due to the pandemic. Amsterdam is suitable for visiting at any time of the year. Among the large selection of different excursion programs, everyone will find the perfect one for himself.